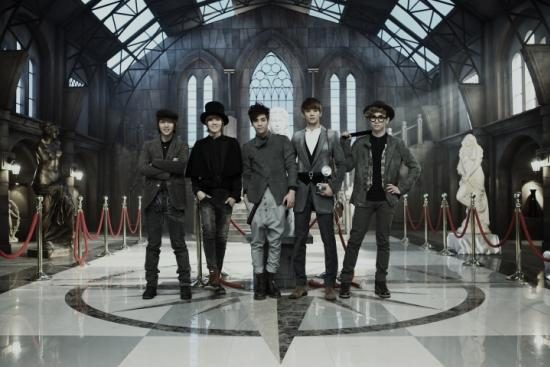 Tarik Freitekh, director of Shinee’s Sherlock music video, has won the Best Director/ Director’s Vision Award at the ongoing 9th International Music video film festival.
Tarik who has written and directed music videos for several artists and starred recently in his own reality shows. In an interview, Tarik said the following about the song ” I don’t speak Korean so that was a big challenge, but Shinee helped a lot, they are a very talented group and we worked together to get the best theme for this music video”. Tarik further adds that he is planning to work again with Shinee on their next project.
Shinee is an international popular South Korean contemporary R&B boy group formed by SM Entertainment in 2008, one of the largest entertainment companies in Asia. The group consists of Onew, Jonghyun, Key, Minho, and Taemin.
Shinee has released three full-length albums, four mini-albums, one live
album and various singles.
They have also won many awards, held a concert tour and starred in their own reality shows. Shinee is considered to be a fashion icon having started the “Shinee Trend” and are known for their highly synchronized and complicated dancing. They made their Japanese debut on June 22, 2011 by releasing a Japanese version of their single, Replay,followed by their first Japanese studio album, The First on December 7, 2011.
(Sherlock) recently reached over 9 million views in few months on youtube.

Our staff is committed to showcasing authors who care about diversity throughout the U.S and abroad. We hope you enjoy our literary offerings, and we welcome your requests and comments. Enjoy!
Facebook Twitter Pinterest Instagram