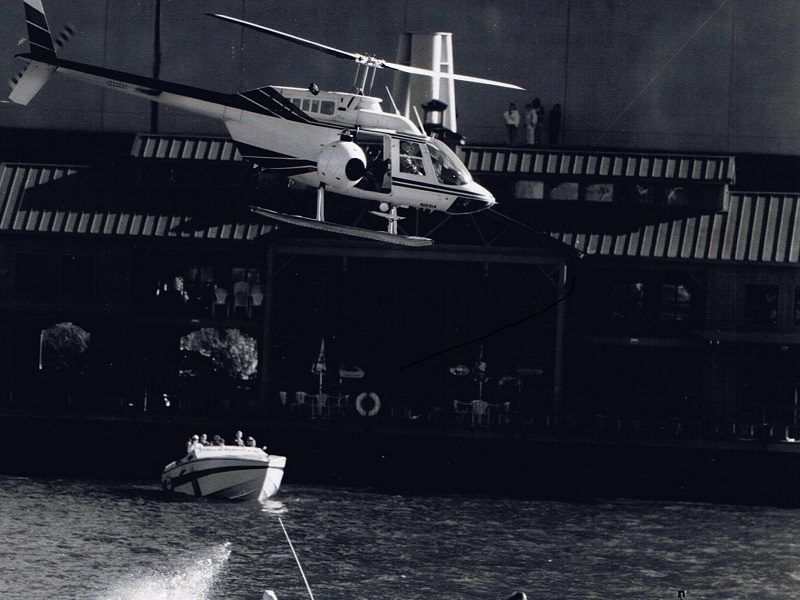 Something exciting is hovering over the sunny skies of Southern Florida. Aerial Cinema Productions, Inc. has relocated to the Miami/Ft. Lauderdale area. One of the premier providers of the helicopter and fixed-wing aviation assets and services to the motion picture and TV industry is Aerial Cinema Productions (ACP).  ACP is committed to providing superior service to the east coast and throughout the United States, Canada, Mexico and the Caribbean.

CEO and founder, Ray McCort, states “it’s time service like this is available in what has become one of the hottest markets”.  A SAG pilot for over 20 years, with over 8,000 hours of flying time, he has skills in aerial safety and stunt coordination.  An active member in the motion picture industry since 1991, he spent several years as a pilot/reporter in the electronic news gathering industry, flying for several US news markets throughout the US, including Washington DC, Baltimore and New York.  Ray is in a very select group of go to pilots for this kind of service. His current professional affiliations include membership in SAG/AFTRA, VES, SOC, HAI, AOPA and AUVSI.  Ray has recently become FAA certified to fly UAV/Drones for commercial film and video work under FAA exemption 333 and created an off-shoot of ACP called Aerial Cinema Drones.  The company will utilize drones to fly for various film and video productions.  “It’s a natural progression”, says McCort.  “With the new technology available, it would be shortsighted to ignore this opportunity.”

Aerial Cinema Productions, Inc., a motion picture aviation company, was established in 1991, in New York City, where the founder was born and raised.  A full service aerial production company, they employ pilots, flight crews, professional production personnel and top of the line video and film camera equipment for the purpose of aerial filming and video with projects ranging from studio feature films to commercial campaigns, music videos, documentaries, industrials and independent films. ACP is FAA certified with an approved Motion Picture and TV Manual and Certificate of Waiver.  When asked if there is anything ACP doesn’t do, McCort answered, “If it flies, we fly it.  We can provide any aerial service you need.”

Our staff is committed to showcasing authors who care about diversity throughout the U.S and abroad. We hope you enjoy our literary offerings, and we welcome your requests and comments. Enjoy!
Facebook Twitter Pinterest Instagram

Celebrate #GivingTuesday and The Beta Launch of The iDonor